This week's chapel focused on teamwork.

Spiritual life director Gord Park showed Smithville Christian students a video of highlights from this year's mainstage drama production, saying that the play is an excellent example of teamwork.


Park said putting on a play like Leaving Iowa allows the students in the cast and crew to "tell a good story, to impact the community" or to encourage family members "to chat a bit more with each other."

Being part of a praise team is also an excellent example team work, Park said, especially this week's praise team which featured a drum duet by Wes and Jaco in "Tell The World." (See below for the video.)

"What teams are you on?" he asked students. "The soccer team? A praise team? A group project in one of your classes? A family?"

Park told the story of a pair of highway workers who parked their truck on the side of the road. The neighbourhood farmers watched as one worker got out of the truck and dug a hole. The worker got back in the truck and his partner got out and promptly filled it in. Then the truck drove 50 metres down the road and the workers repeated the task: one digging a hole and the other filling it in. They continued the pattern the entire length of the road, until one of the farmers finally asked them what they were doing.

"We're part of a highway beautification project," they answered. "But our partner who plants the trees is off sick today." 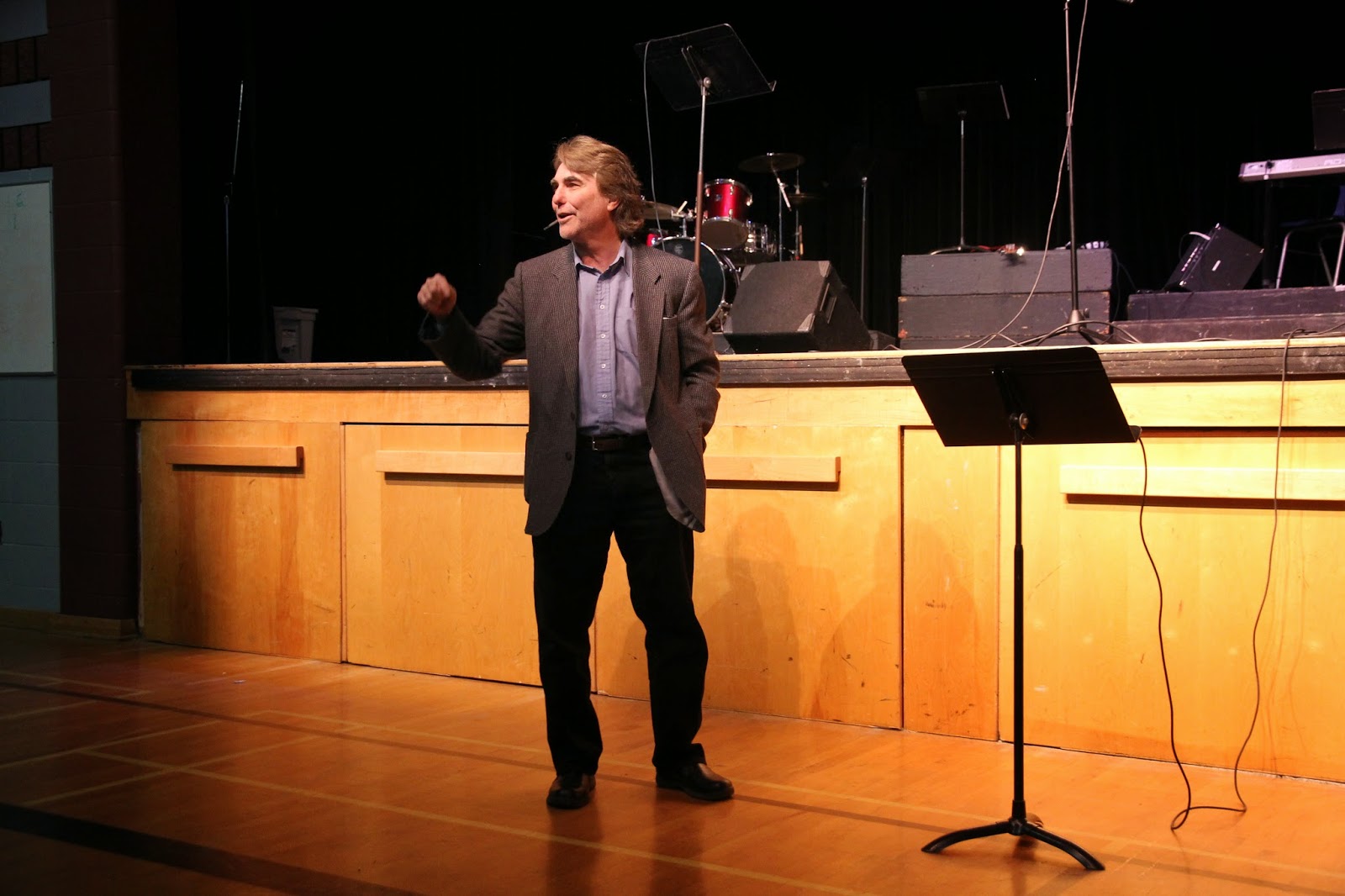 Park said this year's play was very successful, but more than the packed houses or the telling of a good story or the appreciative audience laughter, Park said the thing that will stand out in his mind, "that is going to stick with me for the rest of my life," was seeing a group of young actors in a huddle backstage, praying together before the show.

Their prayers that God would be glorified in the drama production meant that they were responding to a calling and that their teamwork became an act of worship, he said.

Whether it's a sports team, a group project, a praise team or a school play, students who work together and who are "captured by the cause" will bring glory to God, he said, and that is the whole point.

"We were created to be in connection with each other," Park said, and each one of us must see our connection to the team, whether it's a sports team, a group project or our family.

"How do you see yourself in the team? What is your contribution?" he asked. "Can you see that you are integral to the team reaching its ultimate goal?

"It's not the immediate goal," Park said. "I am not talking about getting an A, or telling a good story or sounding good, but the cause of Jesus Christ. Do you see that? Do you recognize the big picture?

"When you do that, you are unstoppable, then transformation happens, then you are making history," Park told the students, referring to previous years' student council and spiritual life themes.


"This school is awesome, we see evidence of it everywhere," Park said. "Keep going, keep doing it. God has told you there is more to life than wearing a costume or playing a guitar."

A student praise team led in worship with Indescribable, My Redeemer Lives, Holy, Holy, Holy and Tell the World. 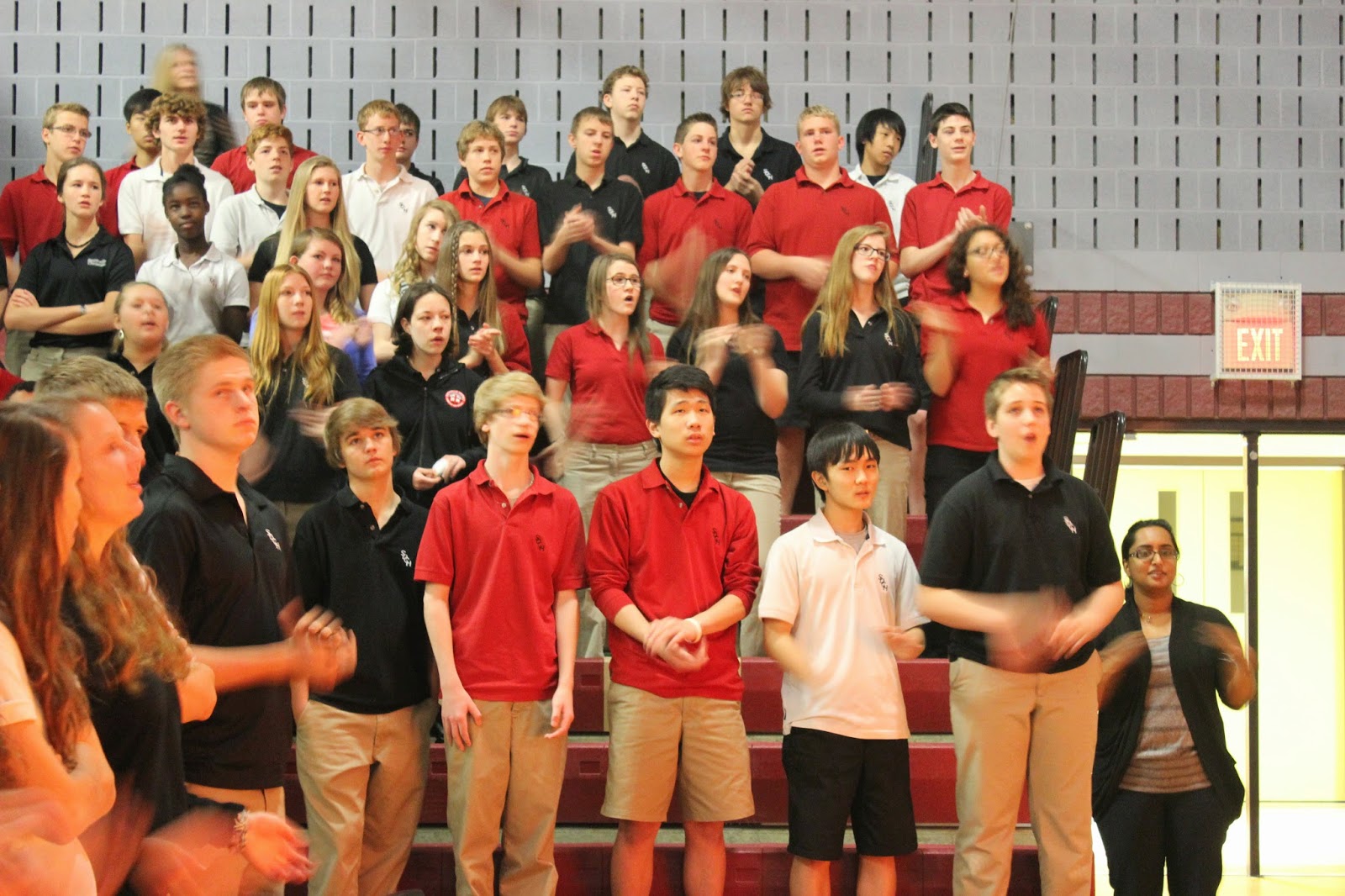 Here's the video of Tell the World, featuring Wes and Jaco.

As Mr. Park said: "Let's give a clap offering for the praise team!"

And here's our amazing AV crew! Hat's off to them too. What a great team! 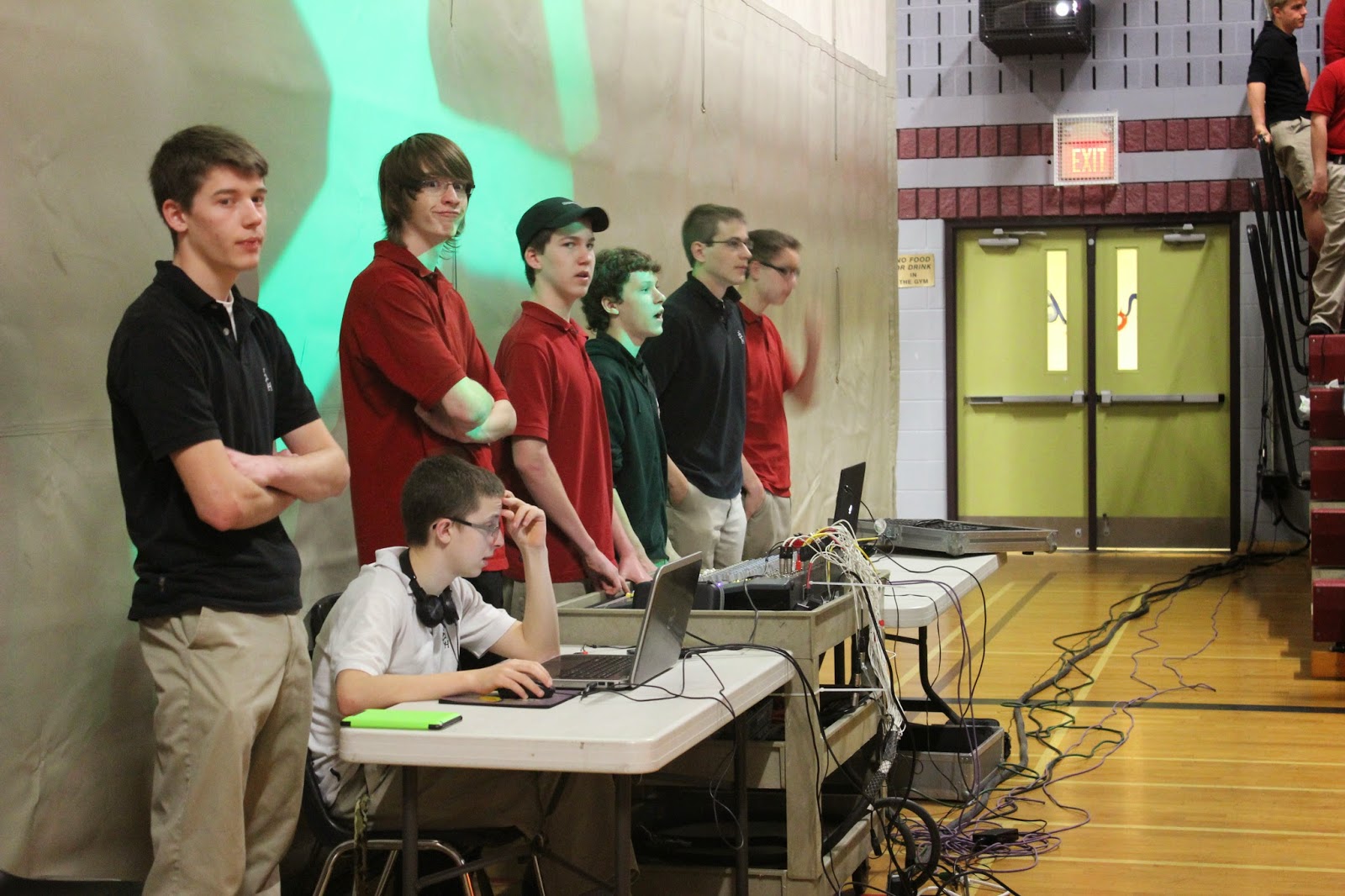 Posted by Smithville Christian High School at 21:28 No comments: Links to this post