What makes you feel discontent?

Smithville Christian’s Spiritual Emphasis Week speaker Mike Gordon said he got married last year, but when he was younger, he had a few dating mishaps.


“I don’t know if this has happened to you but I have had some awkward dating moments,” he said. Like the time he accidentally smacked the most popular girl in his biology class, or the time he tried to impress Sarah, “who played the drums.” 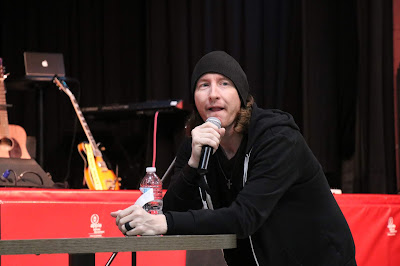 Gordon learned that Sarah was an avid snowboarder, so he decided the best way to get her attention would be to be interested in snowboarding too. He read about snowboarding, talked about snowboarding, and pretended “I was super duper into snowboarding.” All seemed to be going fine until the day Sarah and some friends invited Gordon to join them on a day trip to a resort in Quebec.

“Sometimes love makes you do stupid things,” he said, explaining the $1,100 he spent on new boots, bindings, and a snowboard so he could join the trip and “fake I know how to snowboard. How hard could it be?”

Gordon said he started his first descent down the mountain, falling every 15 feet until he landed hard and suffered a concussion. He walked the rest of the way down the hill.

“I thought the only way she might like me is me being someone different, but the whole time, I knew it wasn’t me.”

Looking back, Gordon said the problem was “I wasn’t content. I thought what I brought to the table was not good enough for her to like me.”

Gordon said it happens to all of us. If someone else is better at sports, if you want a job you’re not quite qualified for, if you get a lower mark than a classmate, if someone you like is not that into you, if your parents set high expectations, if you get teased, if your sibling is a prodigy, if you get rejected by a college or university, or you don’t get enough Instagram likes, it’s easy to feel discontented with who you are.

We find ourselves thinking that the only way we will benefit, or gain something, or succeed “is to be someone different, to act like someone else, to put on a mask," he said. "With the culture we live in, it is very, very easy to go down that road. We can go from content to discontent because of a little number [of likes] under a picture.” 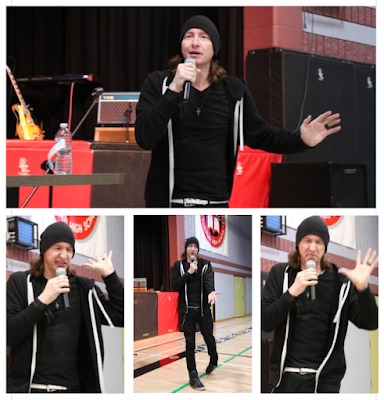 Gordon said the Biblical story of Jacob describes a similar scenario. In Genesis 25:27 we learn Jacob was content with his life. But a short while later in the story, he is bargaining with his older twin, Esau, to gain his brother’s birthright.

What happened in Jacob’s life to make him go from contentment to discontent? Gordon asked. In Jacob’s culture, he would have known all his life that the older brother was in line to gain the birthright and the larger share of the family inheritance, but something made him go “Hunh, it seems like my brother is getting a better deal.

“That’s the start for many of us – we see someone else and we want what they have.”

Jacob’s story continues with Jacob and his mother conspiring to trick Jacob’s father into giving him the blessing. “He went out of his way to be someone else so he could get a better deal,” Gordon said. “But he is no different than us.”

Gordon said the secret to real peace and contentment is to “stop trying to be like everyone else.
“God made you to be you.”

Student praise team Unbound led in worship with “Yes I Will,” “Stand In Your Love,” “God’s Not Dead,” and “Scandal of Grace.” 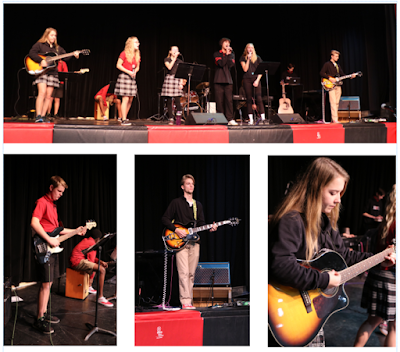 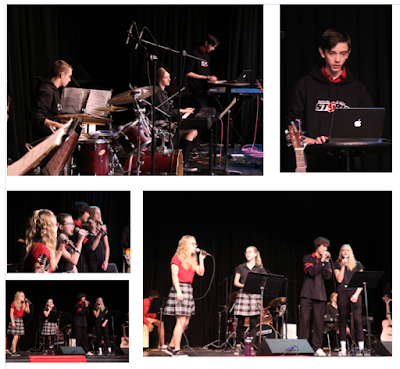 Mike Gordon continues his exploration of our identity at chapel on Thursday, which starts at 9:30 a.m. All are welcome.

What made you go from being content with being different to becoming discontent with who you are?
Was there a time in your life where you could relate with Jacob trying to be like Esau to gain something ‘more?' (Explain)
Why do we try to be like someone else to ‘gain’ more in life?
What’s the benefit of gaining the whole world if we lose ourselves in the process?
What are some practical ways to help us stop being like everyone else?