God is a wild God!

Students at Smithville Christian High School pray daily, but they don't always pray effectively, they learned at this week's chapel.


"You thank God for your day, you pray for God to bless your grandma," said educational assistant Ruth Thiessen, today's chapel speaker. "That is a good prayer, but that is just the beginnning."
Thiessen used examples from her own journey from unbelief to a joyful walk with God to show the secret to powerful prayer.
The secret is expecting God to answer, Thiessen said.
Thiessen said when she was young she prayed for a boy with dreamy eyes to ask her on a date, she prayed for high marks in classes in which she was a disruptive influence and did no work, and she prayed for God to bless her grandma.
In each case, God answered her, she said. The answers were "Nope," "Are you Kidding?" and "Yes!" 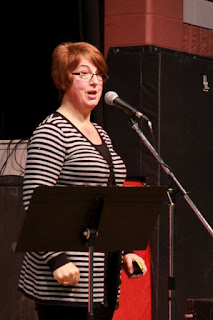 But in each case, Thiessen was too busy focusing on her friends or her activities to notice that God was, indeed, answering her. She turned away from God and the church.
In hindsight, Thiessen said she knows God was always with her and always communicating with her -- in dreams, visions, signs, other people and his word.
"I was given eyes to see God," she said. Once she could see God and once she began expecting him to answer, she saw him everywhere. "And he is a wild God, guys."
She shared stories of how God used her to have a positive influence on others -- a heroin addict, a member of her church, or an addiction program she was running. But she also admitted that each victory caused her to take pride in her own accomplishments instead of in God's love and power. 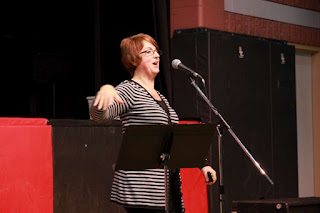 She also came to recognize that she was a judgmental person who criticized and condemned others.
"What God had done with grace in my life, I had taken and owned and turned it into judgment," she said. Her journey away from legalism "is still ongoing," she told the students. "When I get into trouble, I tend to lean to law, rather than lean to grace.
"But God never condemns," she said. "God will convict. Condemnation comes from law and conviction comes from grace.
God loves her and God pursues her, she said, and she continually sees evidence of God answering her prayers and working in her life.
"And God loves you," she told students.
"God does everything for you. You just have to ask and believe," she said. Our ability to pray and our ability to see God's answers comes from lining up our hearts with the word of God.
"God loves the socks off you," she said. "If you dwell in his love, you can ask anything and he will do it for you. And dwelling in that place is the best place in the world."
Thiessen closed by inviting each student to reflect on an issue in his or her heart, and to think about the feeling that goes along with that issue: whether it's fear, anger, insecurity, inadequacy or more.
"Take that feeling and focus on Jesus and who he is," she said. "He is love. He is gentleness. He is faithful and tenacious and can never let you go.
"And you are so valuable and important to him," she said. "God will guide you and protect you. You may be an ordinary person but you will live an extraordinary life." 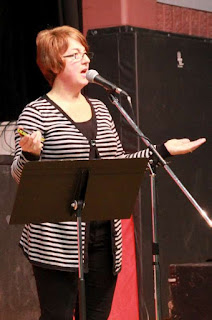 Today's chapel began with Mr. Park's prayer of thanks to God that this is a school "where we recognize that there is something bigger going on."


A student praise team led us in worship with "I Am Free," "Give Me Your Eyes," and "I Am Not Ashamed." 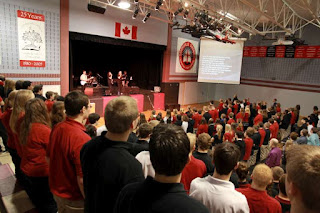 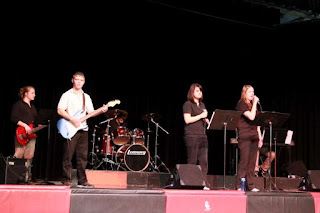 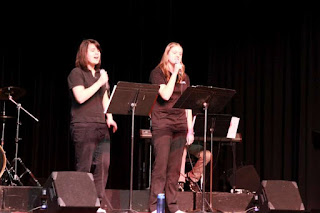 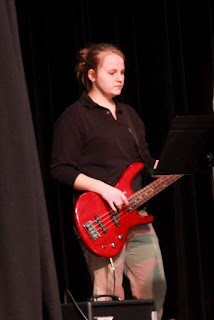 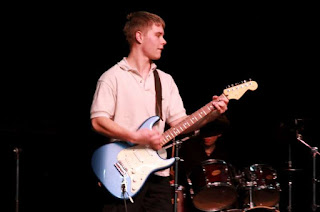 And then the winners of the school hockey tournament signed the Stanley Cup! 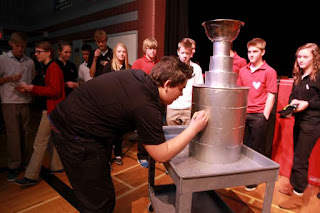 Here's a short clip from today's chapel, in which Mrs. Thiessen describes "the first miracle" God worked in her life. Mr. Park says she sounds like Shrek!
Posted by Smithville Christian High School at 15:41 1 comment: Links to this post

Encouragement and advice for a fresh start

We began our second semester of the school year with a chapel on Thursday morning, at which we welcomed four new students -- Andy, Nick, Jason and Brianne -- and a new teacher, Mr. Eli Banta.
Principal Ted Harris gave students a brief account of his recent travels to California, when he and five other staff members visited High Tech High in San Diego.
Mr. Harris told students that High Tech High is world-renowned for its emphasis on project-based learning and the spirit of cooperation between students and teachers.


But he told students that their exhibitions at January's Open House and Presentations of Learning evening were equally amazing.
"Wow, did you ever impress us," he said. "You produce top-notch work." 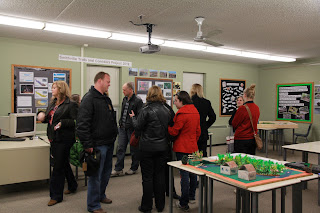 (Displaying the Trails and Corridors Project at Presentations of Learning.)
And the Smithville Christian High School community also enjoys a tremendous spirit of cooperation, he said, "and we celebrate that."
He said the teachers who visited High Tech High came back with some inspiring ideas, and that all the teachers at Smithville Christian are committed and "eager to seek out the best ways to meet your needs as learners in the 21st century."
While students can expect to see changes, Mr. Harris said there are already great things going on in our school that are worth celebrating.
"You need to be aware of the blessing you have, of the potential you have and the opportunities you have."

As advice for a new semester, Spiritual Life Director Gord Park gave students eight rules to live by.
1. Have high expectations for yourself. Jeremiah 29:11
2. Try something new. 2 Timothy 1:7
3. Keep a positive outlook. Romans 8:38-39
4. Don't compare yourself to your peers. I Corinthians 12: 14-27
5. Be smart with social media. Proverbs 13:3
6. Don't give in to normal. Romans 12:2
7. Be kind and compassionate. Ephesians 4:32
8. When you dream, dream big. Psalm 37:4
Park said the advice is not about things like studying harder or not losing your notebooks.
"This is more about your character than your grades." 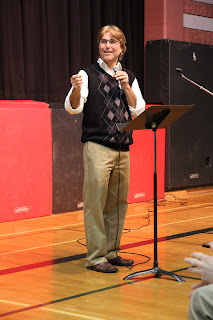 Posted by Smithville Christian High School at 17:15 No comments: Links to this post