All of life is worship

All of life is worship, students at Smithville Christian High School were told at this week's chapel.

As an example, spiritual life director Gord Park used the story of the Israelites who were facing an attack from their fierce opponents, the Moabites and Ammonites, as told in 2 Chronicles 20.

In response to the threat, the people sought help from God, and were told: "Do not be afraid or discouraged because of this vast army. For the battle is not yours, but God's."

God still asked his people to meet their enemies on the battlefield, Park said, which they obeyed -- "but they put the worshippers out in front" leading the way. 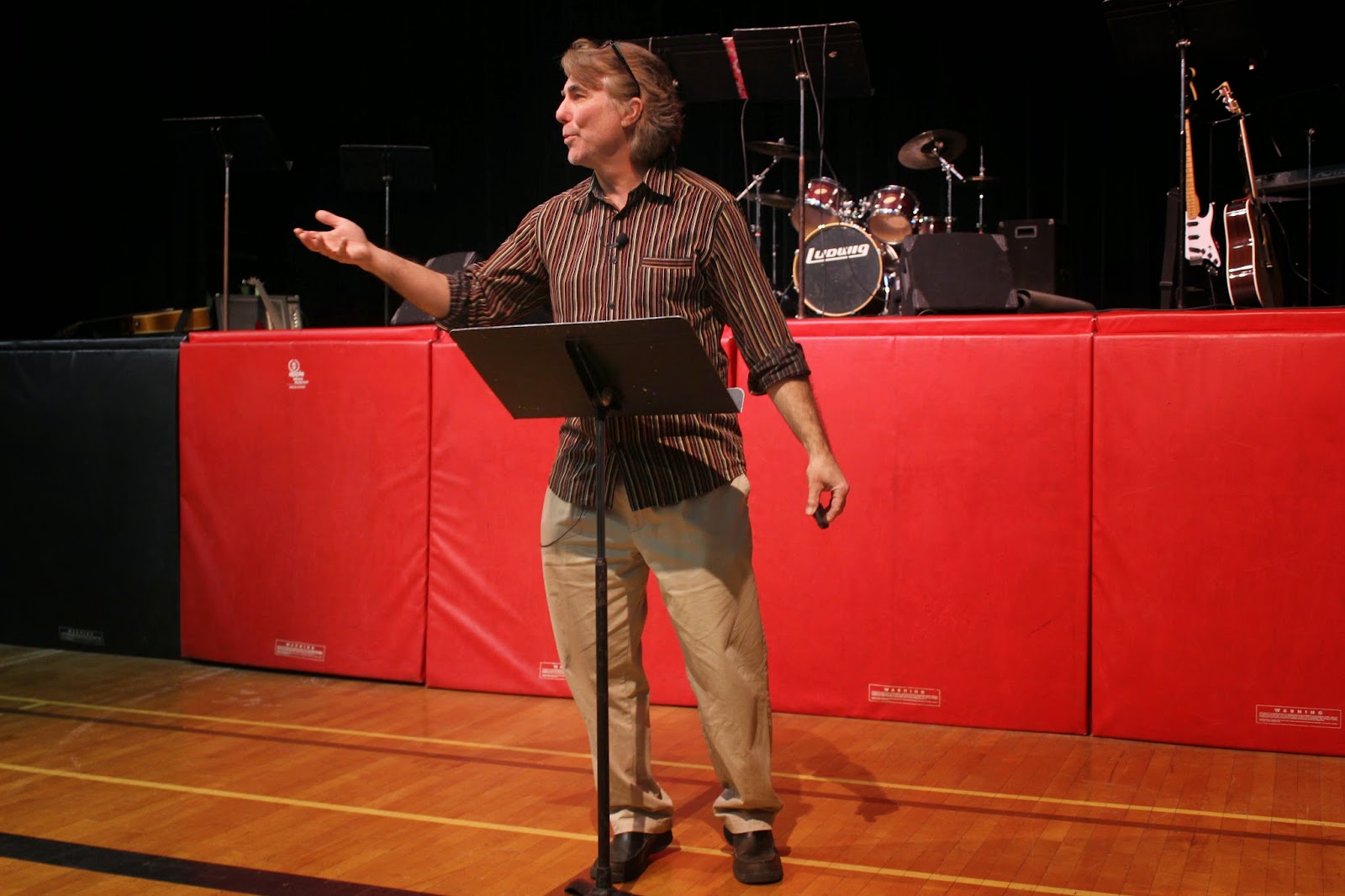 "That's faith," Park said. "They go out thanking God for what he promised them he is going to do.
"We read these stories knowing how it's going to end, but they didn't. Of course they were afraid! They were normal human beings."

Park said our lives are often like that. We can face difficulties, despair, evil, or other troubles, but the promise spoken by the messenger Jahaziel "belongs to you too."

God invites us into intimacy with him, into a relationship, Park said. When we encounter God, his omnipresence, omnipotence and omniscience are revealed and we become aware of his greatness. He becomes present in our lives and offers us healing and hope. But doing this is an act of will. God does not force us to worship him — it's a decision we make.

"When you are having a bad day and it's hard to worship, you just don't feel like it, that's the best time to worship," Park said.

How you write a test, how you are with your friends, all of life is worship, Park said. We are to be living sacrifices to God (Romans 12:1).

He then issued a challenge to students to consider ways in which they are gifted, whether it's in art, music, drama, dance or any other way in which they can lead others into worship.

He said the March 11 chapel will be a worship chapel, led by students who are feeling nudged to write a song, paint a picture or to share in any other way they can.

"Do you feel a nudge?" Park asked. "Allow the Spirit of God to lead you in presenting something."

Park said he is "amazed" by the talent and gifts of the students at Smithville Christian High School, and by the atmosphere that lives at school.

"You guys are awesome and the Spirit is alive here," he said. "There are gifts, creativity and boldness that I have not seen for a long time. I urge you to let God be God. This is a safe and loving place and this chapel will be a day in which we all declare together: How great is our God!"

Members of a student praise team also led in worship with "One Thing Remains," "The Stand" and "Grace Like Rain."

Chapel is held every Wednesday at 9 a.m. and everyone is welcome.
Posted by Smithville Christian High School at 23:36 No comments: