No one wants to grow up to be an addict

Addiction does not discriminate against Christians, students at Smithville Christian High School were told at this week's chapel.

John Kowtecky, a chemical engineer and a manufacturing management consultant, told students his impressive credentials aren't the reason he was qualified to speak to them. Rather, he was at school, he told them, because he is an alcoholic "with a story to tell."

Kowtecky, who, in addition to running a successful company, also works with support agency Family Outreach Ontario, said alcohol addiction is "a terrible horrendous experience to live through" and even if we aren't alcoholics ourselves, most of us have or will have a family member or friend who is.

Kowtecky said he wants to prepare students to be able to talk about addiction with their family members, friends, "or people God has placed in your life." 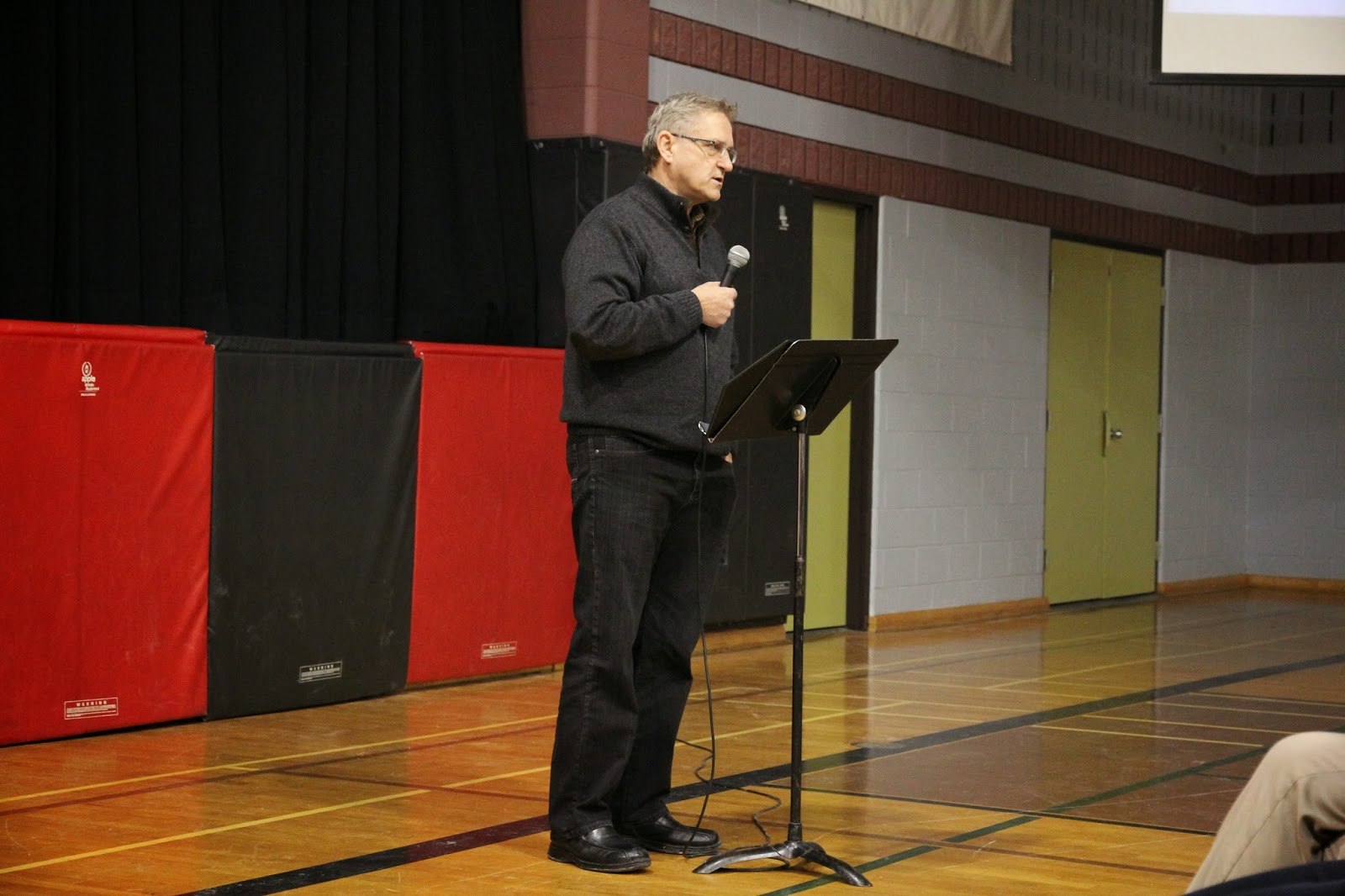 He described his childhood, growing up in a Bible-believing, church-attending family, his leadership in his church and his success as a student — both in high school and at the University of Waterloo.

"From the outside looking in, you would say I had my act together," he said. "But inside, I was very much a scared and insecure person, and my pride would not let me expose those doubts to anyone."

He experimented with alcohol as a high school student, but didn't drink much. As a university student, he began drinking more because he "liked the escape it gave me from the pressures of performance. It allowed me to relax and forget about the pressure."

Looking back, Kowtecky now knows that's when the desire for alcohol became embedded in his soul.
He got married to the sweetheart he had met in Sunday school, graduated from university, got a good job and embarked on a career that saw promotions and advancement. His children were born, his family was churchgoing and everything seemed to be going well.

But Kowtecky was drinking more and more, consuming hard liquor from a mickey in big gulps to get through the day. He denied that he was doing it, telling "creative stories to hide the truth,"  reassuring himself he could quit at any time. But actually he was caught in a downward spiral of hypocrisy and denial.

"I fooled everyone, and myself," he said. "But I had crossed the invisible line — I was totally dependent on alcohol."

By 2000, when he was 45 years old, he had "hit bottom." He was drinking 26 ounces of hard liquor a day, 40 ounces on the weekend. His marriage was "all but over" and his children despised him.
"I couldn't get drunk and I couldn't get sober."

He had prayed for willpower many times in the past, but this time, his prayer was different.
"I totally surrendered," he said. " I admitted I couldn't manage my life anymore. And with that prayer of submission my journey of recovery began."

The next day, his boss confronted him and told him that if he didn't stop drinking, one of three things was going to happen. He was either going to die young, or worse, he would die old, but be alone and estranged. Or he could choose to join Alcoholics Anonymous and live a normal life.

Kowtecky joined AA and spent three months dealing with the tremors and pain of withdrawal. His family was loving and supportive and "by God's grace I was given another chance."

Then, at Christmas, he thought it would be fine to have another drink, "and within three months I was drinking as much as before." That spring, his wife and boss confronted him again. His boss said he was going to lose his job and "this time my wife really was going to leave. My kids were disgusted with me and never wanted to see me again."

He entered rehab again and this time, through counselling, he learned that his mistake had been relying on his own strength. If he was going to make it, he had to "give control back to God."

He has been sober since May 27, 2001. "Jesus Christ was my higher power and did something I could never do for myself," he said. "He replaced the desire for alcohol with the desire to know him better." Through Bible study and prayer, Kowtecky says he has been healed.

"Jesus healed my marriage, my wife is now my dearest friend," Kowtecky said."He restored my relationship with my children. I had to accept the fact that I am an alcoholic in nature but not in identity. Today my identity is in Jesus Christ and I thank God every day."

Kowtecky said he doesn't like telling his story, "because it exposes more of myself than I prefer. But I am doing it to give you permission to talk about it," he told students. He said they are almost certainly going to have to make decisions about alcohol use, if they haven't already.

Kowtecky said 83% of Grade 12 students in Ontario admit to drinking, with 49% admitting to binge drinking.

"If something you are doing hurts you or hurts someone you love, there is a good chance you are addicted to it," Kowtecky said. "No one desires to grow up and become an alcoholic. It happens slowly and it happens without you knowing it."

Principal Ted Harris said he hoped students would talk about this topic among themselves.
"Many of you are already confronted with questions about alcohol and drugs," Harris said, urging students to make good decisions and to support each other in making good decisions. He encouraged them to "shine the light of Christ."

Posted by Smithville Christian High School at 23:07 No comments: