There's a good chance the career path you choose or the field of study you pursue won't be where you end up, students at Smithville Christian High School were told at the Career Day Chapel.

"Over 70% of college and university students change their major within the first two years," said Heidi Kooiman Vanderkwaak (Class of 1998), who described how "torn" she felt about abandoning her long-held plan to be a teacher. "I felt that switching my major meant failure. Had I known that at the time, I would have been comforted knowing that I was far from the only one who made discoveries about my future" along the way. 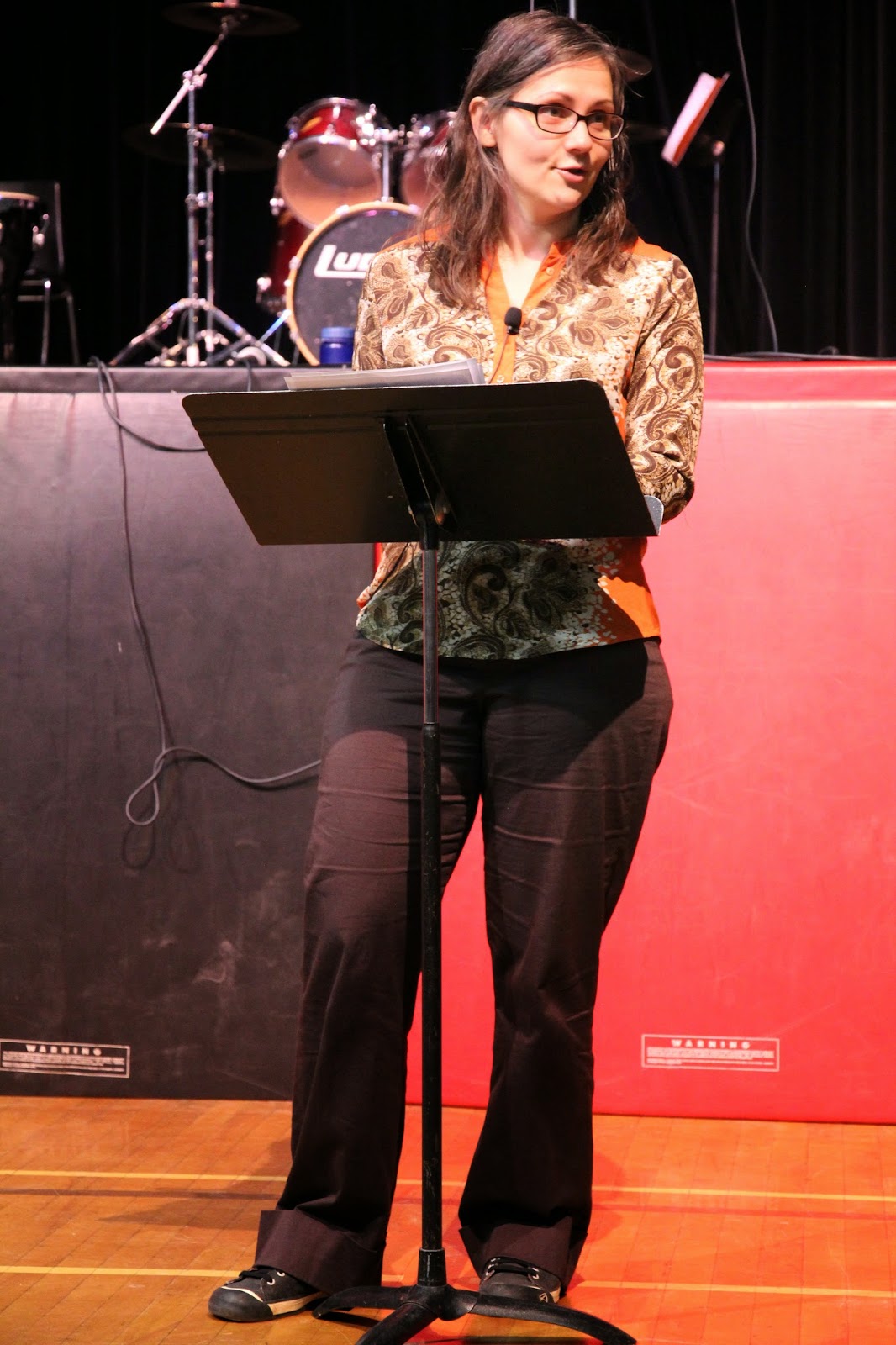 Kooiman Vanderkwaak, who now works for the City of Hamilton as a Program Review Officer in the Ontario Works department, told students there is no clear vantage point from which they can see the road ahead. But she shared seven "Ah-Ha!" moments she had in the 17 years since she graduated from Smithville Christian High School.

#1 Do your research. If you have a career path in mind, investigate it, practice it, shadow someone who has been working in the field, interview people practicing in that profession. If you don't have a particular career in mind, find out about more jobs that you are interested in by reading, shadowing a professional, interviewing your parents' friends. Get a real idea of what each job is like on a day-to-day basis.

#2 Listen to others. There are people in your life who know you very well: they have seen you grow up, they know your strengths and weaknesses. Ask for their opinion and advice about your career path. Listen to a variety of opinions.

#3 Expect change. God will take you in directions that you can't see at the time. He'll  use decisions and sidetracks that you take to your advantage. You may graduate with one degree or as an apprentice in a trade and five years later be doing something completely out of your field. Your degree, your apprenticeship, your experience is not wasted. Almost everything you learned in life will come in handy at one point or another.

#4 Travel. It doesn't matter where you go — spending three or more months in another part of the world learning alongside your peers will change your life immeasurably for the better, even though it could be really difficult at the time. It will open up desires and passions you didn't know you had, and it will open a world of possibility and understanding that will serve you well wherever you go.

#5 Take risks. Try things you've never tried before. Step out of your comfort zone. God will speak to you as you learn what you love and have gifts at. If you don't try something, you may not discover a hidden talent or gift or passion you have. This means you have to try something that you are not normally drawn to, but it will stretch and challenge you.

#6 Rely on your values. Ensure your career or job complements your values -- which are shaped by your faith. For Kooiman Vanderkwaak and her husband, that meant taking an unpaid leave of absence from their jobs and travelling with their two children on a year-long bicycle tour of North America, cycling from Hamilton to Vancouver, to Panama and then back up the eastern seaboard through Washington, D.C. and New York City to home. "Throughout our year off employment, we deepened our relationships with each other and learned so much about God and his calling for how to serve him in our community in Hamilton."

#7 Be still and listen to God. God doesn't usually directly tell you what to do. It is not very likely that the heavens will open up and you will hear a loud voice commanding you to choose a specific career path. A relationship with Him means you are asking through prayer and questioning and listening through His word and his direction through other people in your life, and through the passions and gifts he has given you. Kooiman Vanderkwaak said God has often spoken to her through people in circumstances that at first appeared to be mere coincidences. "He spoke in my discovery of things that I am good at, and the gifts that developed as a result of practice and use. You often don't realize the 'God-is-speaking-to-me' moments until after they've happened, but if you tune in to Him, you'll start to hear it while it's happening and it's one of the most amazing and wonderful experiences."

Kooiman Vanderkwaak said she loves her job, "one I didn't even know existed when I was sitting where you are." She told the students she hopes the same for them.

"I want to wish each of you God's richest blessing as you make discoveries and enrich your understanding of who you are, who the Creator is, and how you are called to serve in this world."

A student praise team led in worship with "Oceans," "I Lift My Hands," and "Not Ashamed." 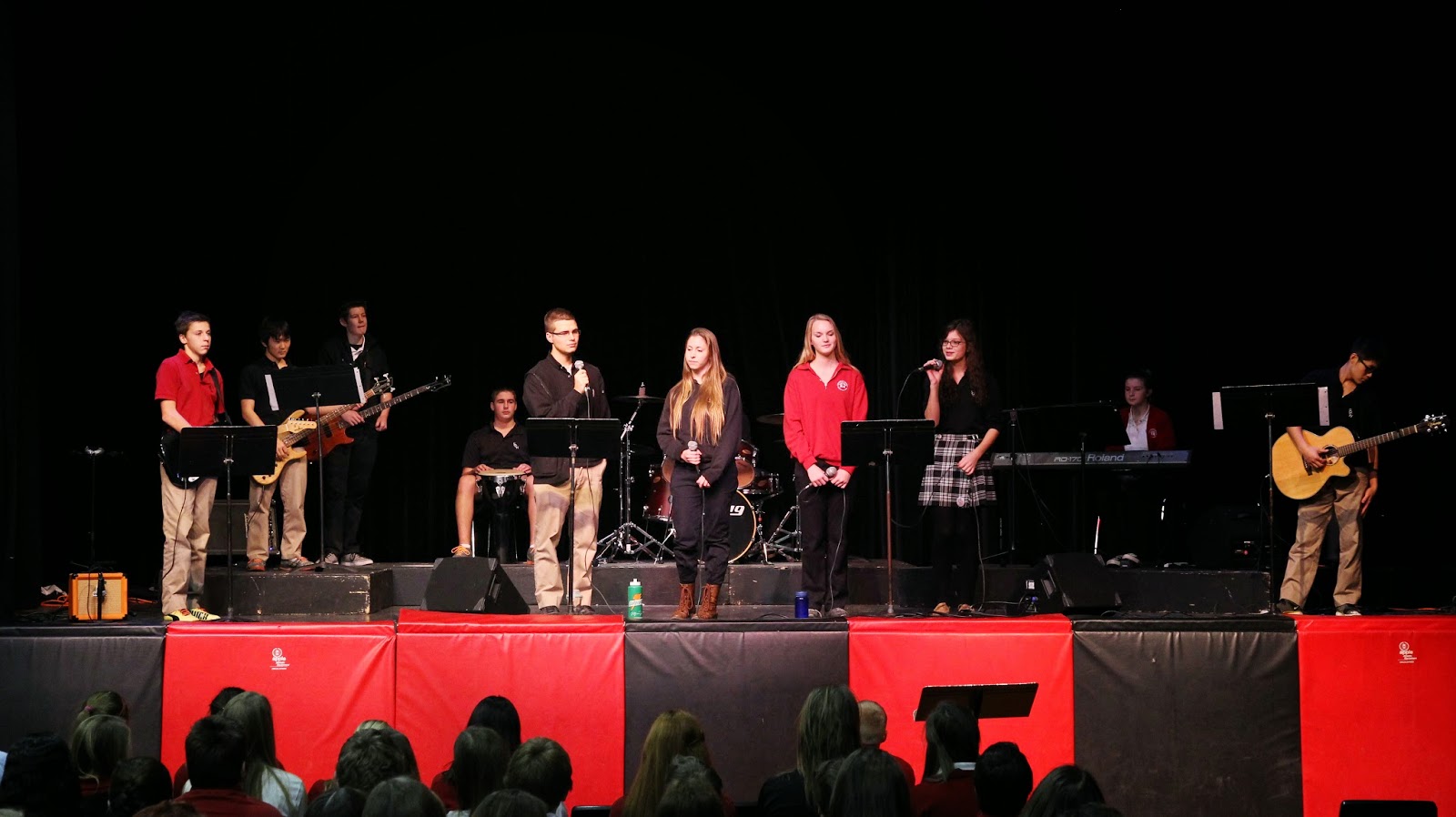 Career Day continued with workshops on topics such as: 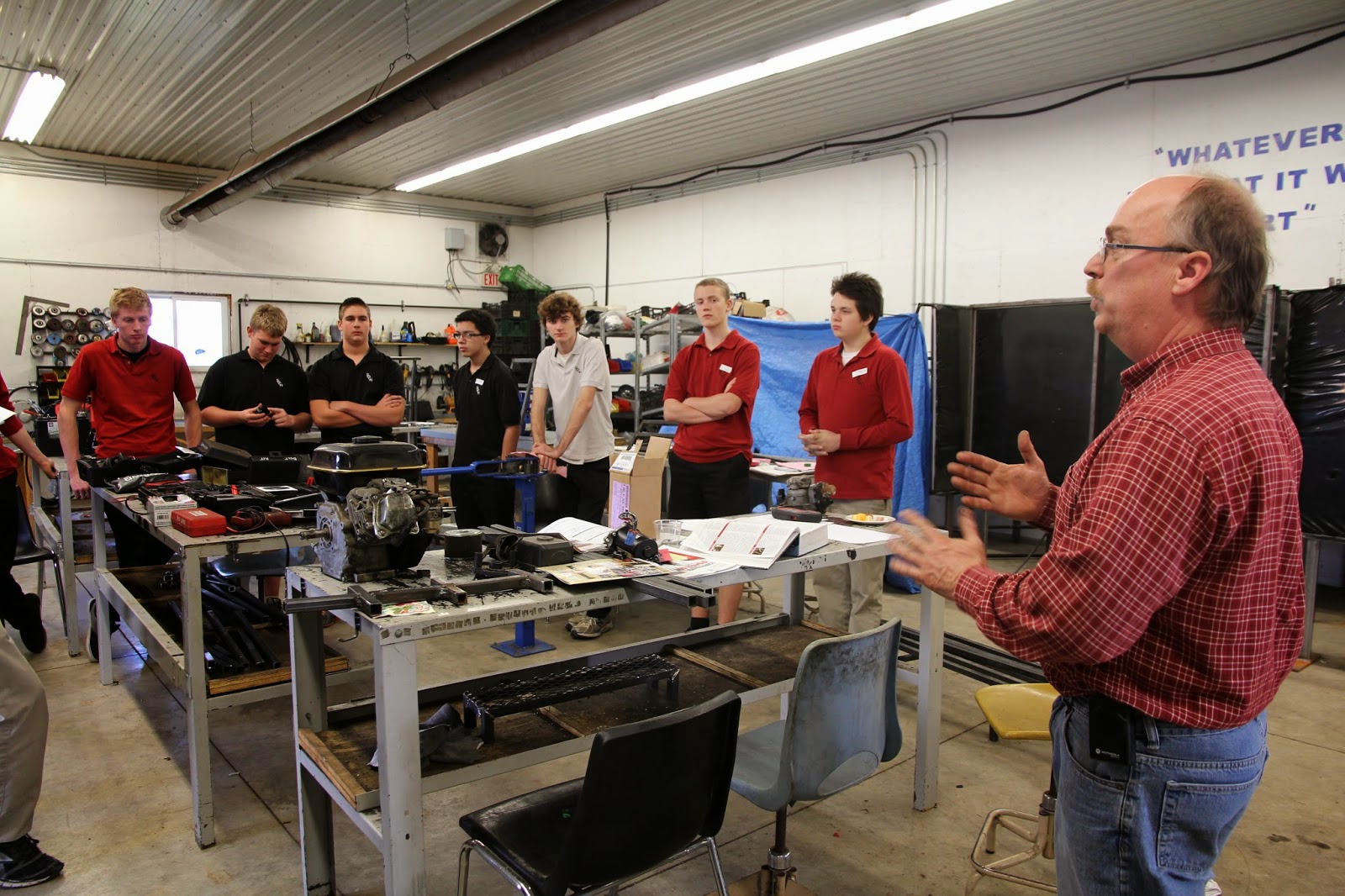 After lunch, students each attended three different sessions with presenters from 35 different jobs or careers.

Posted by Smithville Christian High School at 23:04 No comments: