Experiencing the love and power of God

God is so much more powerful than we can ever imagine, said Devon Van Hoffen, Class of 2012. Speaking at a recent chapel at Smithville Christian High School, Van Hoffen told students how his 2012 trip to South Africa with the school had a profound impact on him. 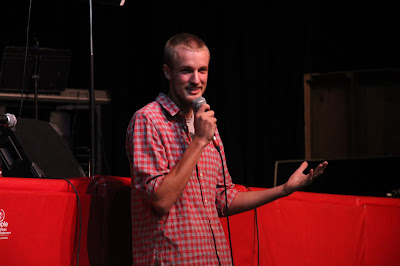 After graduating from high school, Van Hoffen returned to Africa with an organization called Hands at Work in Africa, which uses local care workers and volunteers, like Van Hoffen, to develop care plans and provide support and encouragement to meet people’s needs. Van Hoffen has served in Zambia, Democratic Republic of the Congo and Malawi, and is currently working in South Africa and Swaziland. 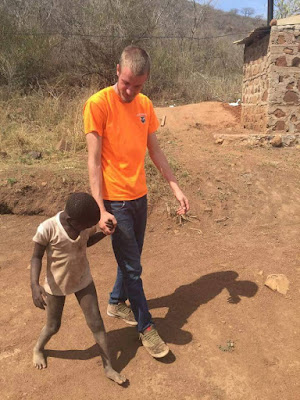 Van Hoffen said he has seen the power of prayer and God’s hand at work in powerful ways.

“The things you read about (in the Bible) are happening now,” Van Hoffen told students. “Things that seem impossible, God is doing.”

As he lives and works among some of the world’s poorest people, Van Hoffen said he regularly encounters God. “God shows up when you are in a place like that, with nothing, because when you have nothing else, all you can do is look for God,” he said. 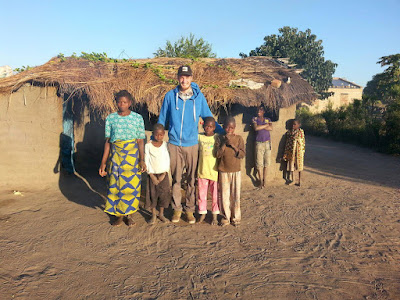 Van Hoffen said he used to think God was angry and or upset with him, but he has come to know “how much God actually loves us. His work (through Jesus) is finished, and we are free to go and care for people.”

Van Hoffen told stories of the generosity and hospitality of the people he meets, and of the way God heals people.

“We have God’s love, and we can go and give it to other people, and show the love that only God can give.” 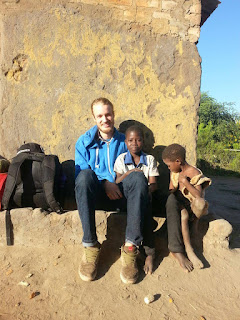 Van Hoffen said when he was a student in high school, sitting in weekly chapels, he had no idea of God’s calling in his life, but during a short-term trip to Belize he found himself praying one night that God could use his voice.
“I felt an arm come around me” and even though up until that point Van Hoffen had not been a good singer, the next day he was able to play the guitar and lead in worship. “It’s weird that God can use a gift I never knew I had,” he said, but God can do the same thing in the lives of all of us.

Quoting Psalm 139:13-16, Van Hoffen said he now understands “the depths of God’s love. It’s so amazing that God thinks about us and knows about us, deeply and personally.”

Van Hoffen encouraged students to make themselves available to God.

“God will make it known to you. God will be able to use you to serve him.”
Van Hoffen played and sang “No Longer Slaves” by Bethel Music’s Jonathan David and Melissa Helser. 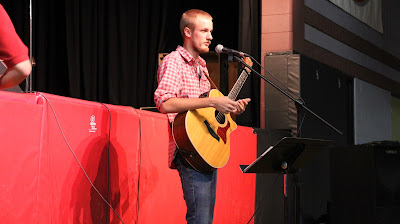 * * *
Devon Van Hoffen, who has to raise his own support, is holding an information and fundraising event on December 28 at 6 p.m. at Rose City Kids Theatre in Welland. This is a casual, all-ages event featuring praise and worship. Come and learn more about how God is at work through Hands at Work. Refreshments provided.

Read more about Hands at Work: visit their website. 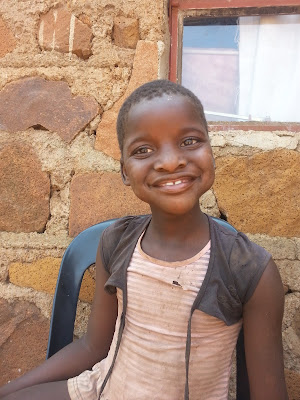