How should we live?

So if life without God is meaningless, pleasure can’t satisfy us, the world is full of injustice and anxiety is pervasive, how should we live?

The answer to that question can also be found in the writing of the teacher in the book of Ecclesiastes, said Pastor Paul Vandenbrink, during the final chapel of Spiritual Emphasis Week 2015.
“Fear God and keep his commandments, that is the whole duty of everyone,” Vandenbrink said, reading Ecclesiastes 12:13 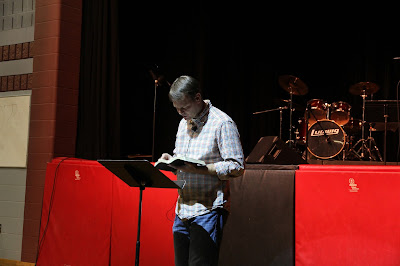 “After 12 chapters of questioning materialism, hedonism, existentialism and nihilism it all boils down to one thing: fear me and keep my commandments.” It may seem simple, but it is “piercingly profound.”

Vandenbrink said “fear” does not mean being frightened of a God who is scrutinizing and judging us, but rather a sense of awe-struck wonder, similar to the deep appreciation we feel when we are caught up in the beauty of nature. He said it’s like finding out the piece of jewellery you bought for $2 at a garage sale is the rare work of an exceptional master, and is actually worth thousands of dollars.

“When you come to recognize the magnitude of what you have, you cherish it, you treat it with the respect it deserves. The Bible says that’s what a Christian does with God.” 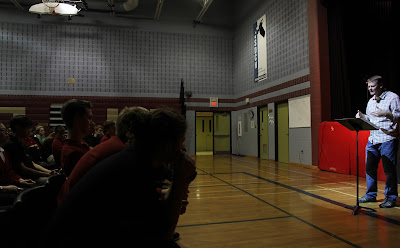 Similarly, the word “commandments” doesn’t mean a set of rules that ruins our fun times either, he said. Vandenbrink said when he was a teenager he thought God’s commandments meant “I don’t get to have as much fun as I would like, but it’s the price I pay for getting saved. It took me a long time to understand that’s not what it is.”

Instead, he said the commandments of God are the constraints that fit our nature, that help us be the best we can be, to reach our full potential “because God has placed his divinity in us.

“God’s laws are given to us because they fit how we were built.” For example, “how do you decide how you use your sexuality? It’s part of your nature; it’s a powerful, beautiful, dangerous part of who you are.” Just as we look back on our five-year-old selves and realize we had a lot of growing up to do, so Vandenbrink looks back on his 16-year-old self and realizes he didn’t know very much.

“God comes along and says I built human sexuality. I made you, I made it. And you were built to conform to the laws of God that you might flourish,” he said.

“God is not a killjoy. He is the source of joy. Trying to decide for yourself is ultimately a dead end.” 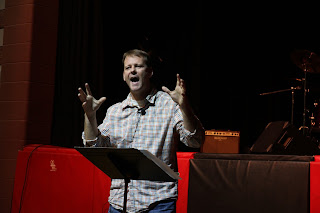 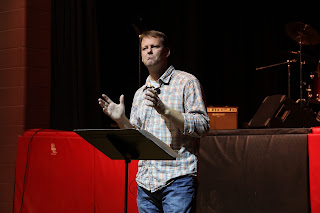 When you see “God’s commands for us as an expression of his desire for us. . . you don’t find it a burden to follow them,” he said.

And Jesus is the best example of a person who kept God’s commands, even going so far as to die for us, he said. We might not think we’re worth it, but because we belonged to Jesus, he walked the line for us.

“Thank you Jesus, for fulfilling the teacher’s advice,” Vandenbrink prayed. “For showing us, and for doing it for us.” 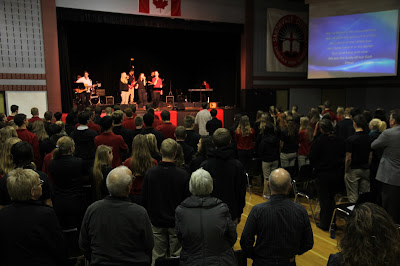 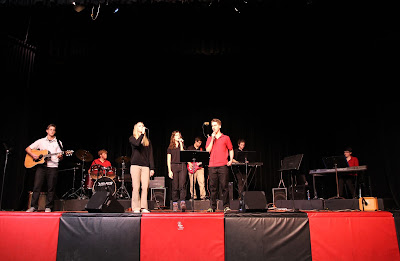