Get ready to be a hero

There are times when you may feel oppressed, or even persecuted, but you have already won the victory through Christ, youth pastor Ryan Harmon told teenagers at Smithville Christian High School’s final chapel of Spiritual Emphasis Week 2018. “You, dear children, are from God and have overcome them, because the one who is in you is greater than the one who is in the world,” Harmon said, quoting 1 John 4:4. 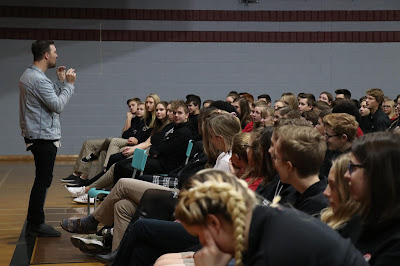 In fact, you are so powerful and mighty, you are called to be a hero, as unlikely as that may seem, he said.

Harmon told a story about the time he was in Grade 11 and his mother rudely interrupted his video game playing to demand that he help her find the source of a wailing sound she heard in their neighbourhood.

His mother sent Harmon to hop fences through the backyards, heading in the direction of the sound, while she went along the sidewalk. Harmon said as he got close to the sound of distress, he leaped a fence and landed in the jaws of a vicious dog, “part pit bull, part Rottweiler, part T-Rex.” 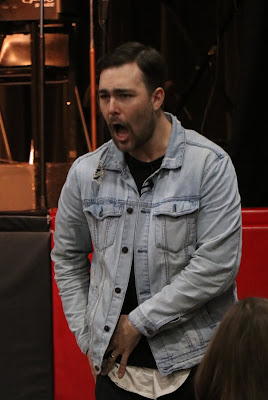 The dog was also the cause of the sound: the dog’s owner, an elderly woman, had gotten tangled in the dog’s leash and fallen and dislocated her shoulder. It was her wailing that they had heard. After an ambulance came to help her and Harmon got patched up from the dog bites, he realized that despite his unwillingness to help and the injuries he had sustained, he had been able to be a hero.

That’s what God expects of all of us, Harmon said, using as another example the story of the four lepers found in 2 Kings 7. God uses the lepers – people usually seen as outcasts – as a way to break into the enemy camp, and while they first choose to feast and plunder, they soon realize they can’t keep the rewards just for themselves. “Then they said to each other, ‘What we’re doing is not right. This is a day of good news and we are keeping it to ourselves’ ” 2 Kings 7:9. 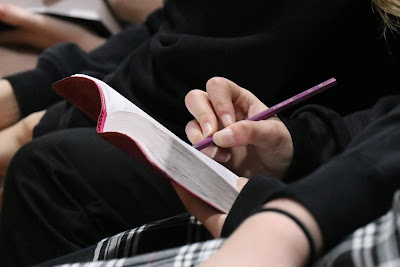 “There will be days when you still feel like a leper, but don’t get heart broken,” Harmon told the teenagers. “The good news of Jesus Christ is that God is in a good mood. He loves you. He forgives you. He wants to use you.” 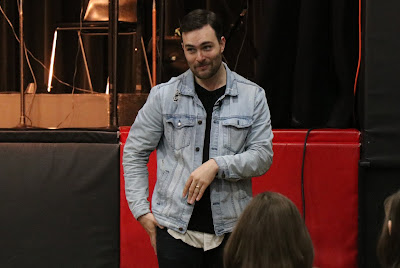 Harmon asked the students to reflect silently for a few minutes, and think of a person who came to mind. “Is there someone who needs to know what God has done in your life?” he asked.

“What God has given you, anything that God ever gives you, isn’t just for you,” Harmon said. If your sins are forgiven, if a relationship is restored, if you are healed, if you experience the love of God, just like the lepers, it is not right to keep it for yourself.

“Your story, your testimony, can have impact.” 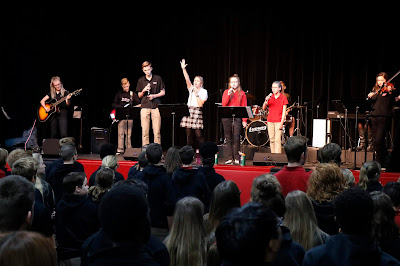 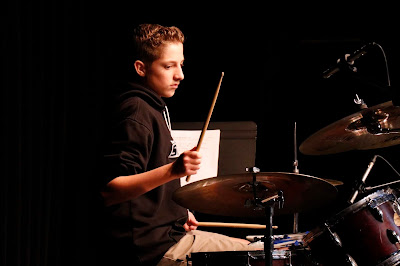 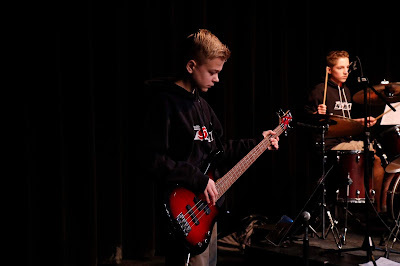 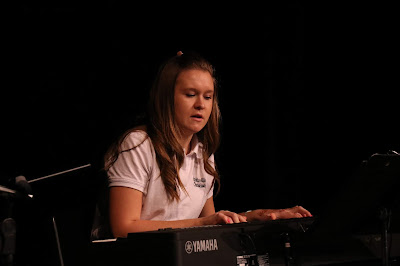 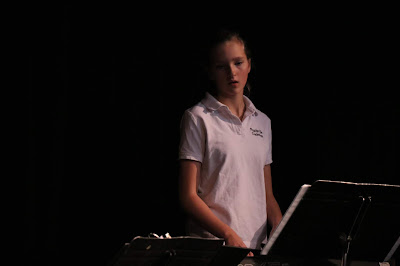 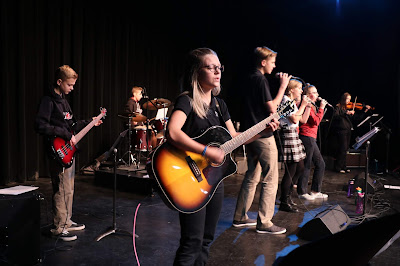 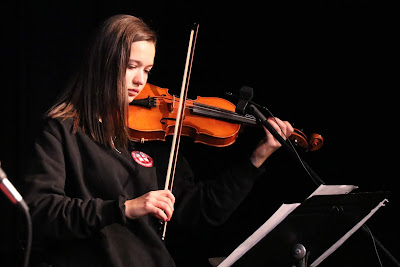 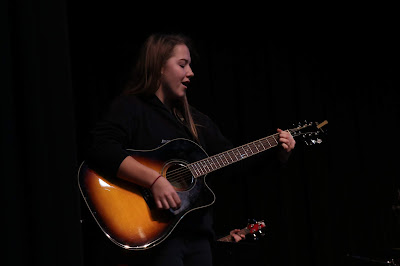