“What you think about when you think about God is the most important thing about you,” students at Smithville Christian High School were told during the first chapel of Spiritual Emphasis Week 2018. 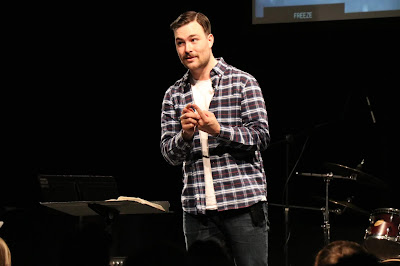 Quoting evangelical pastor and author A.W. Tozer, youth pastor Ryan Harmon (of Lakemount Worship Centre) told students that their designer shoes, cellphones, or Christmas lists pale in comparison to the importance of what they think about God.

Isaiah, before he became a prophet, encountered God when he was a young man and the first thing that Isaiah thought about was his own unworthiness, said Harmon, citing Isaiah 6: 1-8. In the Scripture passage about Isaiah’s vision of God, Isaiah is made right with God when a burning coal from the altar is touched to his lips, but “the gospel is that God is in a good mood” when it comes to you, Harmon told the teenagers.

Not only is God good with you, he wants to use you, Harmon said, because teenagers are the most powerful people on the planet. Songs, movies and marketing campaigns are all directed toward teenagers because marketers and musicians know that “if they can influence the culture of high school students, they’ve won,” Harmon said. 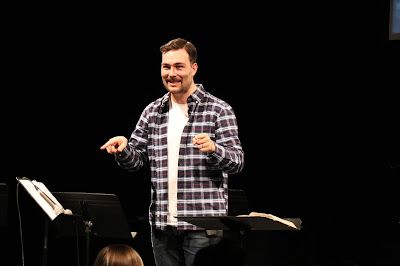 Stories from Scripture also show God repeatedly using young people to do amazing things. “God consistently used young men and young women to change the world,” Harmon said, because of their drive and because when young people act with conviction, the world pays attention.

Isaiah’s reaction to his encounter with God was to volunteer to be sent as God’s messenger. Young American millionaire William Borden left his life of ease to become a missionary. It’s not enough to simply attend a Christian school and conclude you have a nice life, Harmon said. “There is so much more to this world than what we can collect. God loves you and God wants to use you. Have an open heart, and be willing to do what God says.”

Spiritual Emphasis Week 2018 continues to November 30 with chapel every morning at 9 a.m.  All are welcome. 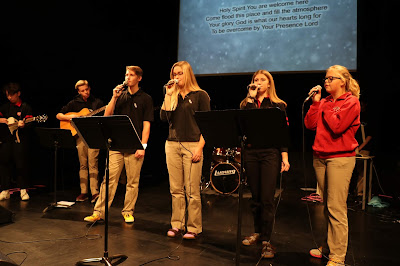